Every year in December, the American company Pantone announces a color of the year. This choice is not taken lightly. It is thoughtful and has a direct impact on several trends in the world of design. A few weeks ago, the Pantone color of 2023 was unveiled. So, let's take a closer look at what the color of 2023 is and some tips on how to use this shade when creating your logo.

A few words about Pantone

Before we begin, let's take a moment to explain who Pantone is. This is an American company that creates color charts. Every year since 2000, Pantone has unveiled a color for the new year. To make the choice, their team takes into account the current trends and those that could be important in coming months.

Obviously, when the color of the year is revealed, it creates a buzz. Many companies related to design, whether for fashion or furniture, use this color for their new creations. This is also the case for logos. It is very possible that many companies will decide to use the Pantone color of the year when creating or redesigning their logo.

Before we reveal the color of 2023, do you know what the Pantone color of 2022 was? It was Very Peri, a somewhat cold purple that was chosen to represent both the digital world and tranquility. On the one hand, we cannot ignore the growing importance of the web and new technologies in our daily lives. On the other hand, the last few years brought their share of challenges, so many people were looking for comfort. In hindsight, we can say that Very Peri did represent 2022 that has just ended.

Now let's get right to it. For 2023, Pantone chose the color Viva Magenta (18-1750). In recent years, Living Coral (2019) and Tangerine Tango (2012) were also warm colors of the year that easily attract attention. Viva Magenta is a shade in the red family. Why was Viva Magenta chosen to represent 2023? Pantone chose this shade for two reasons. First, it is a color that represents strength and boldness, two qualities that will be necessary to face the challenges of 2023. Second, Viva Magenta can be associated with nature. Red is present whether for flowers or fruits. According to Leatrice Eiseman, Pantone's general manager, Viva Magenta is also a nod to the red produced using mealybugs, an insect from South America.

Warm colors are perfect for attracting attention and Viva Magenta is a good example. As well, since this red has a pink tinge, there are links to femininity.

How to use Viva Magenta when creating your logo

If you are under the spell of Viva Magenta, this could be an interesting color to use when creating your logo. Obviously, if it is a relevant shade that represents your business well. As mentioned earlier, red is a color that easily attracts attention. It is associated with love, passion, strength and courage, but also with excesses, prohibitions and anger. 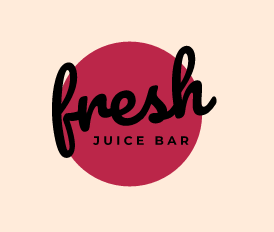 If you want to use a color like Viva Magenta, you may want to match it with a more neutral color like beige, gray or white. Black is also an option. As well, a touch of red can make your logo more energetic. Do not hesitate to try Viva Magenta when creating your logo, it is a shade that can be used just as much for the branding of restaurants as it can be used for a clothing store or products that are for women.

To use a shade similar to Pantone's Viva Magenta, you can try the BB2649 color code in the FreeLogoDesign editor.

In order to show you the potential of Viva Magenta and red when creating logos, here are three examples of logos that we think are successful. There is a good chance that several new red logos will see the light of day in 2023.

The logo of the South Korean company LG uses a shade that is close to Viva Magenta. Initially, LG was called Lucky Goldstar, it was not until the 1960s that the company decided to opt for a combined logo. You probably already noticed the face formed from the letters L and G in the symbol part. This arrangement was chosen to represent humanity and technology.

If you're starting a store that sells jeans, chances are you'll decide to use blue for your logo. Yet Levi Strauss & Co, better known as Levi's, did exactly the opposite. While red hasn't always been a color used by the brand, Levi's logo has been mostly red since 1949. Even the labels on the garment are this color and it is most certainly to attract attention!

Pinterest is a social network that has been a growing for several years. Used mainly by young women looking for new ideas, its brand image has undergone some changes in recent years. Since 2011, red remains the main color of the brand, making it easy to differentiate it from other social media platforms that use blue, like Facebook, Twitter or LinkedIn.

In conclusion, long live Viva Magenta! We hope that this color will inspire us and give us the strength to get through this new year. Every year, we are surprised by Pantone’s choice, but we notice very quickly that they are right on point. In this regard, we asked three of our graphic designers to give us a color for 2023. Feel free to take a look if you are looking for the perfect color for your new logo. Happy New Year and all the success!

How to Create a Badge Logo in Just a Few Steps

Starting a Business: How to Find Your First Customers

Creating a Logo: How to Use Negative Space

Get the tools you need to improve your online presence. Design your own logo today with our free online logo maker. Try our free logo generator to make your own custom logo.
Create my logo
© 2023 FreeLogoDesign.org All Rights Reserved Terms of use | Privacy Policy